Here comes a Jokula recap from two of our juniors: Lea Martanova and Alina Niggli. Enjoy! 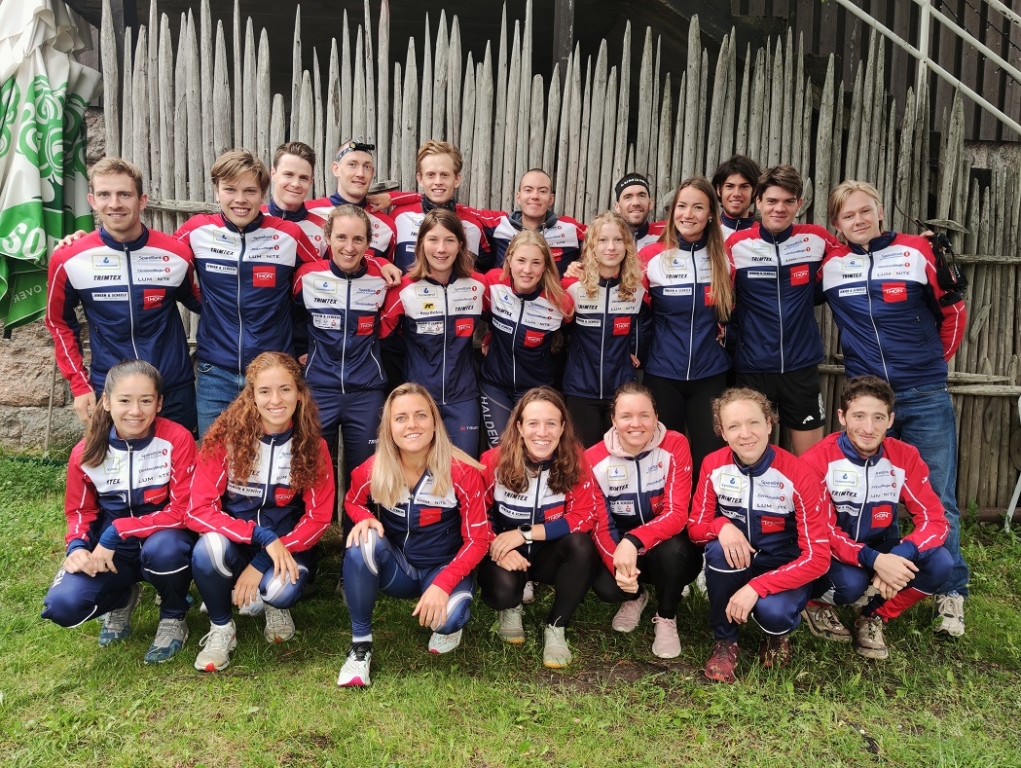 On Thursday, Halden SK members from around the world started travelling to Finland for the legendary Jukola/Venla relay. For the two nights before the relay, we stayed at a nice clubhouse by the water near Salo. We enjoyed some fun orienteering trainings to get to know the terrain, as well as some swims in the not so warm water. After some last preparations on the model event with other clubs and visiting the arena, we were ready to fight!

On Saturday, the real deal started. The women’s teams ran first with the Venla relay. Our starting women did a great job, and Maëlle Beauvir even came back in 5th place. The runners from the other legs did a good job as well: the first team got 18th place.

After celebrating at the prize giving ceremony, where Maëlle, Lizzie, Eliska and Svetlana got to stand on the podium, the girls went back to the hotel to rest a little bit, whereas the men were preparing for the race, which started at 11pm.

30 minutes before the mass start, everybody gathered on the hill to see the impressive start of almost 1 500 people. It was really difficult to find a spot where you could see the runners well. It wasn’t really dark yet, so the runners were starting with a nice sunset. The speaker started to count down the minutes and then seconds. When he finally said start, the competitors started sprinting up the hill and everyone was cheering and yelling. It was a while until all of the runners passed and then most of the spectators went down again to watch the competition on the big screen.

The first leg was about 14 km long. In our first team ran Guilhem Elias and he finished on 7th place with only 15 seconds to the 1st runner. The next runner was Elias Backlund, who also ran well and brought the team to the 5th place. After midnight it started heavily raining, so it was more difficult to run with the headlight. On the 3rd leg ran Hakon Bjorlo, who changed over to Viktor Wassen. In daylight, around 4 and 5 am ran Havard Wedege 5th leg and Niels Hellerud 6th leg. The team was on 12th place. On the final longest leg ran Magne Daehli. He passed 3 men and finished on 9th place.